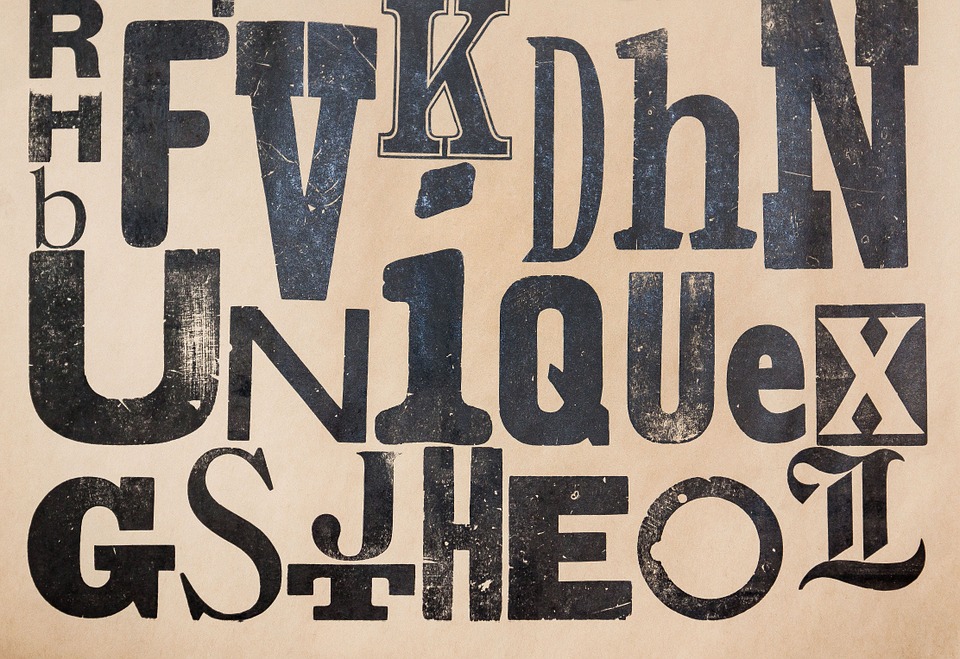 Discover Some Of The Fonts Used For Writing A Formal Letter.

Have you ever wondered what is the best font to use for a formal letter?

This is a very common question and has several different answers, so to narrow these answers down, I had to then ask the question of suitability.

In this article I will have a look at the various types of font used for formal and professional correspondences.

The question of suitability, underlines the use of a particular font. Let’s take a look at what a font is and how it affects the presentation of a formal letter.

A font (typeface) is a set of printable or displayable text characters with a specific style and size attribute.

Serif – is a small decorative design added to the end of a stroke on a character – letter, number or symbol. Common serif fonts are; Times New Roman, Cambria, Georgia, Book Antiqua and Courier.

Sans serif (“sans” French for “without”) – fonts do not have a serif attached to them, and therefore are plain characters. Fonts typically sans serif are; Arial, Helvetica, Century Gothic, Corbel and Verdana.

Based simply on aesthetics, the discussion between serif and san serif font, boils down to the impression you want to give to your audience.

When making the decision, which type of font to choose between, always think about your audience. Your first aim should be to make your letter as clear and as spacious as possible, especially if it is a formal letter.

By considering this before you write a letter, your readers will have a greater chance of understanding the message you are trying to convey.

This will be a significant factor when writing your CV and covering letter. In order for your CV to even pass the first stage of the recruitment process, your CV must look presentable and well written.

If you have a business, you should also try to consider your branding and the style of typography you are already using. For example; what do you currently use for your company letterhead and invoice?

Your choice of font can dramatically change the visual appearance of a formal or professional letter. So it’s extremely important to think about how you would like your letter to appear to someone else, as this also represents you.

Bearing this in mind, when looking for the best font to use for a formal letter, I found that the top spot had to go to the people choice ‘Times New Roman’.

Times New Roman is a very common choice for most people and happens to be the default font for most electronic devices. This font was created for the ‘New York Times’ newspaper, so is a great example for easy reading. Times New Roman is hands down the most practical font for conveying a clear message, and has no exuberant frills attached to it. If you would like to write a letter that is structured around wording only, Times New Roman will have minimal graphical overtones and still be stylish enough to look attractive to your readers.

Another popular font is Arial MT (monotype), a smooth, large typeface that has depth and dark undertones to it. Arial font comes in a variety of styles – such as bold and narrow. It has a wide user base and is often used because it delivers on quality across the board, whether it’s on screen or on print. This particular font was designed by a team of 10 and has been included within most computer software packages since its creation in 1982. Because of Arial’s bold appearance and authority against most back-drops, it is by far the most conventional way to go for effortless reading and satisfaction for the reader.

Your choice of font can dramatically change the visual appearance of a formal or professional letter. So it’s extremely important to think about how you would like your letter to appear to someone else, as this also represents you.

I also came across several other contenders when looking for the most popular fonts used for writing a formal letter in 2017, and in no particular order, take a look at those included in the Top 10;

Additionally, size and colour will play an important role too, and will also have an impact on how easy or hard your text is to read. A general rule of thumb is to have the font size between 10 – 12 points, and when writing a formal letter the colour should definitely be black.

There will be a lot to consider before you set out to choose a particular font, but remember this, when doing so, think about your audience, put yourself in their shoes and try to tailor your letter towards their needs.